If you’re looking for the best code editor, there are quite a few options to choose from; we’ve picked out some of the best here, but we encourage you to try them all and find the one that fits your coding style and needs the best.

Whether you’re creating something simple like a contact form or an advanced plugin like Yoast SEO, having the right tool at your fingertips can make all the difference.

What makes a good code editor

Every WordPress developer wants a code editor that is quick and simple to use, with enough features to make development fast and efficient.

Finding a good code editor isn’t always an easy task, especially if you’re new to WordPress. However, when it comes to developing WordPress plugins or themes, there are some key factors that should be taken into consideration before deciding on which type of code editor will be best for your needs.

Let’s take a look at some of those factors now:

A good WordPress code editor should be able to provide both speed and power – all wrapped up in an intuitive package that gives developers everything they need without too much complication or overkill. This means keeping things simple when it comes to design, color scheme, layout, user interface, etc.

However, at the same time, a strong code editor needs to have some powerful features so you don’t have to waste your time looking for solutions online when building WordPress plugins or themes – which brings us nicely to our next point…

I’m sure every single WordPress developer would love it if their preferred code editor included ALL features under the sun.

But that just isn’t feasible, especially if we want to keep things fast and efficient with minimal overheads. When choosing your WordPress code editor it’s important to find one with just enough feature functionality to do most of what you need for day-to-day development tasks.

From there, you can always go back to specific WordPress developer resources (blogs, tutorials, etc.) to supplement those areas where your code editor might lack certain niche features.

Setting up a new WordPress site should be as easy as 1-2-3. If you find yourself spending hours each week simply trying to get set up then chances are your code editor/development environment is holding you back.

If you work with multiple operating systems such as Mac OS X and Windows 7 then it makes sense to have access to an application on each platform. There are many WordPress developers who use both platforms daily, which makes multi-platform support almost essential when choosing a new WordPress developer toolkit.

When you’re picking a code editor make sure it supports whichever platforms you currently use (or plan to use) in the future. There is nothing worse than missing out on key application functionality because your chosen solution doesn’t support your current operating system setup.

Obviously, cost plays a big part in picking any type of software but when choosing something like a WordPress code editor there really isn’t any requirement for anything too expensive.

You can easily pick up something like Notepad++, which is completely free but has great integration options for WordPress development. Whatever you choose to use, make sure it suits your budget requirements.

You’ve probably guessed by now that finding a good code editor for WordPress takes quite a bit of research and trial-and-error testing. 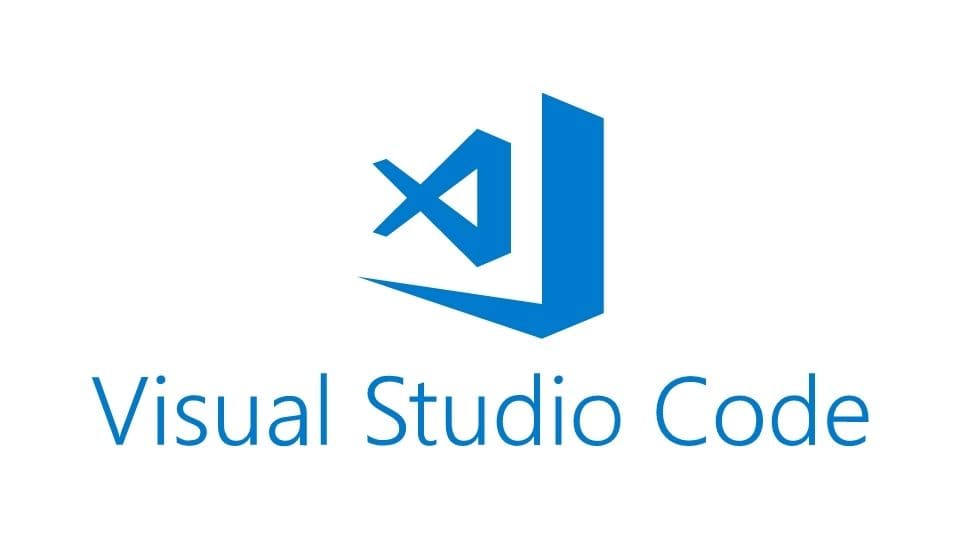 A step forward in every way, making you more productive and your code more beautiful. That’s what Microsoft says about its code editor, Visual Studio Code. One of VSCode’s biggest strengths is its simplicity.

The interface is sleek and uncluttered, so users can focus on getting their work done without distraction. But don’t let VSCode’s plain facade fool you—this editor packs a serious punch. Its core development capabilities are on par with editors like Eclipse or Xcode, with support for most major programming languages (JavaScript/TypeScript, C#/C++/Swift) as well as debugging features commonly found in editors like Sublime Text or Atom.

Couple that with full Git integration, built-in support for popular plugins like ESLint and Prettier, integrated terminal emulator access, right-click refactoring tools…it all adds up to one seriously impressive package.

Even better: It has an extremely active community creating plugins that make it even more powerful. There’s also a free Community Edition available, which includes all of Visual Studio Code’s basic features; if you want additional capabilities like Git Large File Storage, Debugging, IDE enhancements, etc., consider purchasing any of these options. 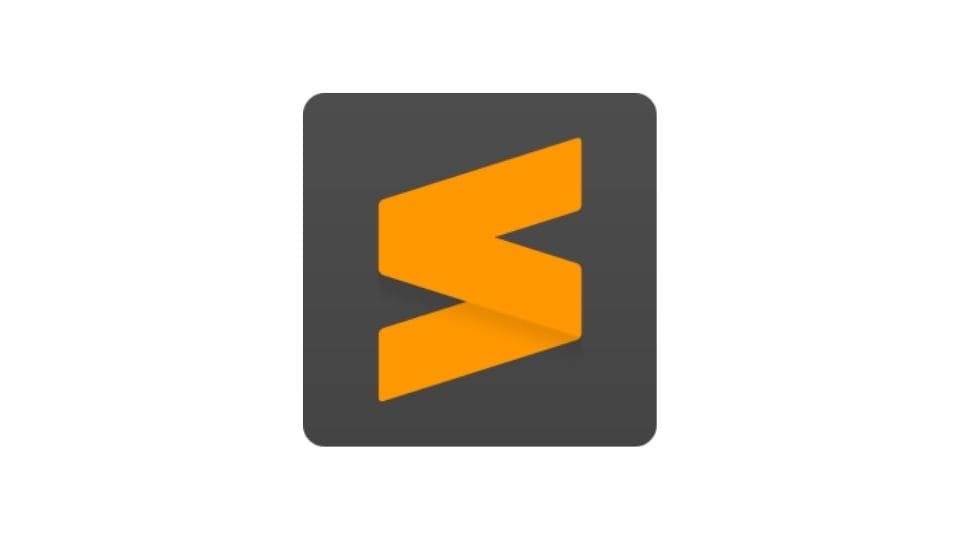 The first thing that makes Sublime Text a good code editor for WordPress developers is its speed. It’s super-fast and works very well with web development languages such as HTML, CSS, JavaScript, and PHP.

If you’re using JavaScript libraries like jQuery or Underscore.js, Sublime Text will make your life much easier by completing those long lists of dependent files as you type.

You can download other plugins to make it work with popular frameworks like Bootstrap or Foundation too! Another great feature for WordPress developers is that almost all WordPress coding standards are preconfigured in Sublime Text 3. This means if you use an autocomplete plugin while working on WordPress core files, everything should automatically complete properly. 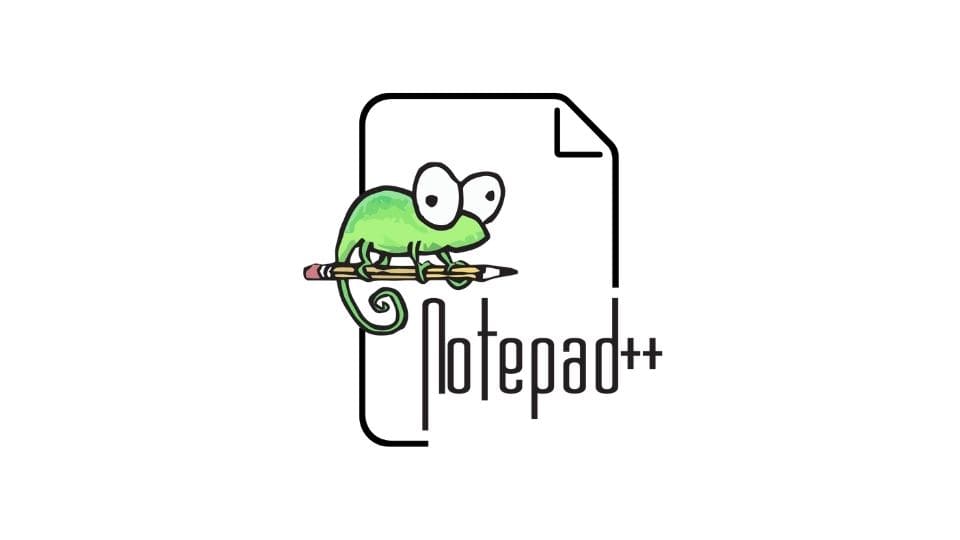 If you’re looking for a lightweight, functional, and feature-rich code editor, Notepad++ may be your best bet. It’s a free, open-source coding program that supports a ton of programming languages and can assist in everything from web development to software debugging.

Its simplified interface makes it easy to use, while its customizable features make it even more powerful. While there are certainly other great options out there, Notepad++ is definitely worth checking out if you’re working with WordPress themes or plugins on a regular basis.

The ability to access CSS files within your WordPress templates gives you an incredible amount of flexibility when customizing your site—just use a few lines of CSS to change fonts, margins, colors, spacing between elements…you name it. 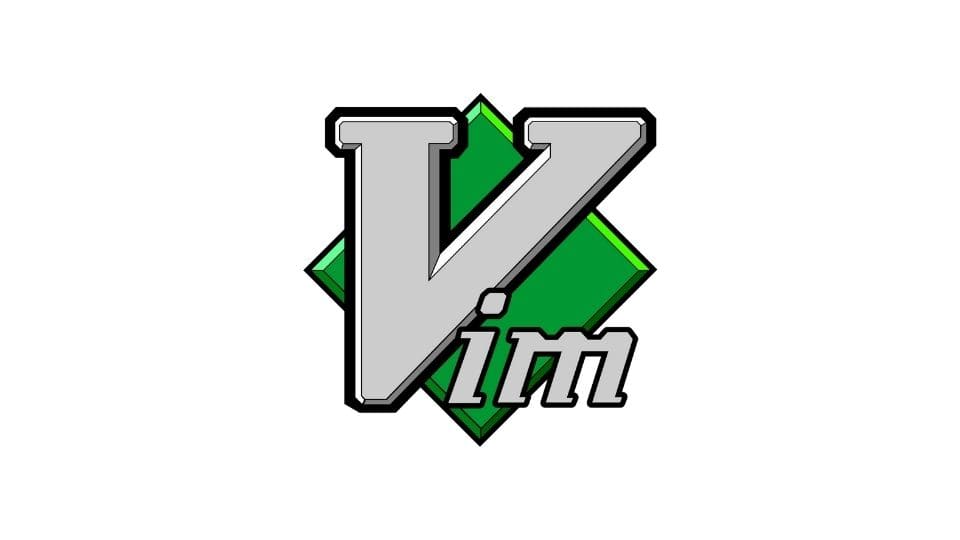 As one of WordPress’s official supported code editors, Vim brings its own host of benefits to developers. It has everything you need—it can easily be installed on your computer or hosted in the cloud, allowing for remote development.

Whether you’re creating a theme or plugin, Vim provides excellent value that should not be overlooked. First released in 1991, Vim has been going strong ever since. With a colorful history and a large community of fans,

Vim has earned its reputation as one of the best code editors out there. For years, Vim has been a popular code editor among developers. That popularity may have waned a bit, but it’s still going strong.

The simple truth about Vim is that it works incredibly well with a keyboard. But to really get the most out of it requires getting used to some core concepts and commands—it isn’t just hitting keys willy-nilly. 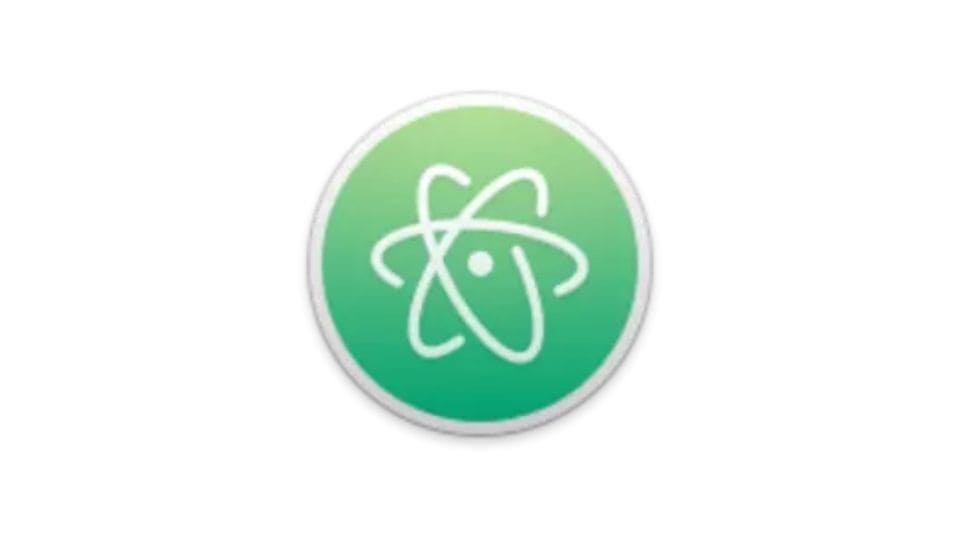 An Electron-based code editor developed by GitHub, Atom is a great choice for WordPress developers. It’s popular and actively developed and features everything you’ll need to make great plugins and themes.

You can also easily install hundreds of useful packages and themes from its package manager, which you can update at any time with a single click. And, unlike some other options on our list, Atom runs on all major operating systems.

As an open-source project developed by GitHub—which is owned by Microsoft—, it has full support for Windows 10, too.

There are many competitors that offer most of Atom’s features but are sometimes less stable or updated regularly. However, there are downsides to using an app made by one company that integrates with another company’s services.

In addition, Atom isn’t as intuitive as a few other editors on our list. But if you’re working with WordPress, check out GitHub’s open-source code editor—you won’t be disappointed. 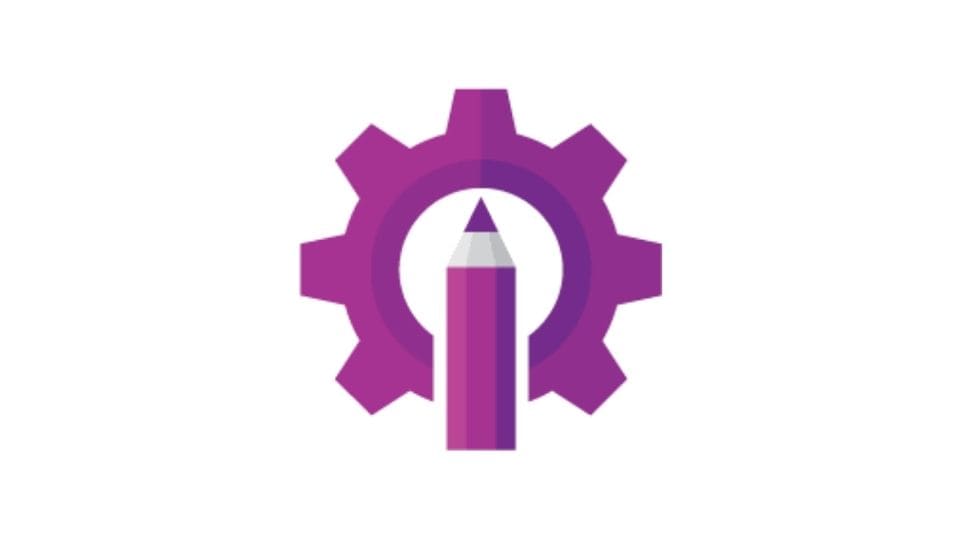 If you’re looking for a good text editor, look no further than TextMate. This open-source code editor has been around since 2004 and it’s still going strong.

If you love coding, TextMate can assist you in creating your own plugins and themes. To get started with WordPress development, download TextMate today. It runs on OS X (10.5+) and is compatible with OS X 10.6 Snow Leopard. We recommend that you update to OS 8 Mountain Lion or newer if possible to use all of TextMate’s features.

My favorite WordPress code editor of all time is Coda. I’ve used many different editors, but none that had more polish than Coda. It’s clean, easy to use, and it has just enough features to feel like you have power at your fingertips.

While there are lots of cheap alternatives out there, from free WordPress plugins to cheap text editors on Mac, Coda makes a great addition to any developer’s toolkit.

In fact, some developers consider it a must-have—and with good reason: If you ever do anything on a computer-related to WordPress development, chances are high that you will find yourself spending some time in Coda 2 sometime soon. 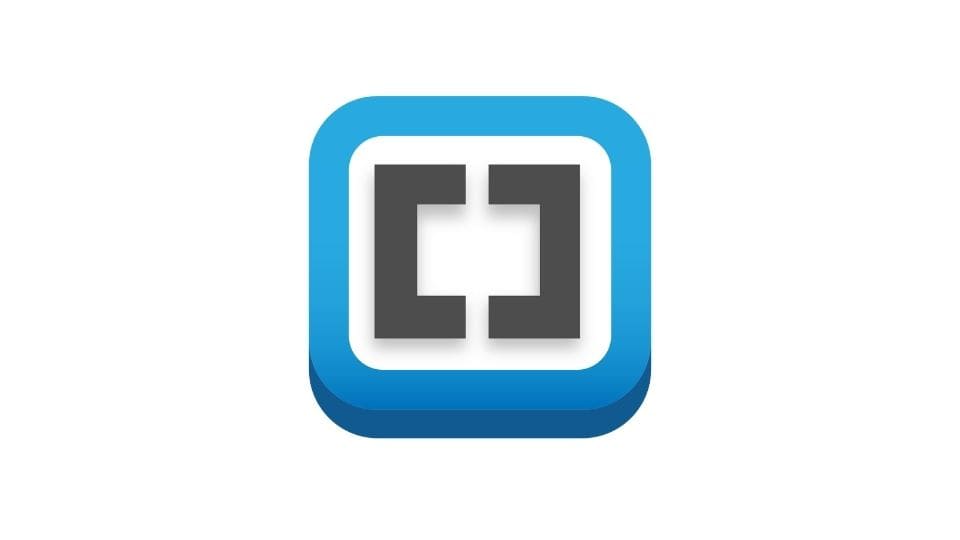 This code editor comes with a very useful feature called Live Preview. It allows you to work with HTML, CSS, and Javascript files directly from your browser without having to constantly refresh.

You can make changes to a file and instantly see what they look like in your browser. Brackets is available for Mac, Windows, and Linux operating systems and also has an online version through cloud9 which you can use to pair programs with other developers on different machines.

The price of brackets starts at $45.00 but includes a free license for educational institutions as well as access to extensions that add additional features such as Git integration, CoffeeScript support, and more.

Unlike most programs, Brackets is also completely open-source, which means it was created by hundreds of contributors from all over the world rather than just one or two software companies that may or may not still be working on it. 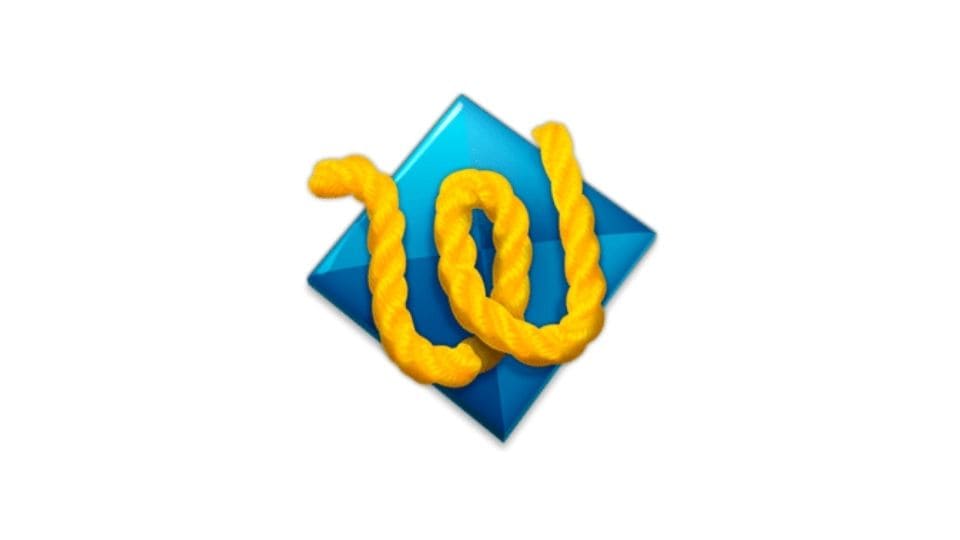 A fantastic, easy-to-use code editor from Bare Bones Software that’s been around since 1998. It’s a must-have tool that’s compatible with all versions of Mac OS X, and Windows XP, and later.

You can use Text Wrangler to write PHP files, edit CSS stylesheets, and much more. What I like most about it is how fast it is: no matter how big or complex my project gets, it doesn’t slow down one bit.

Additionally, its spell checker works seamlessly across multiple languages. Once you start using Text Wrangler, you won’t be able to live without it!

The best part? It’s free. Although there are cheaper text editors out there that can do just as good a job (if not better) if you love saving money then try Text Wrangler.

Hope you like the list of code editors for WordPress. As we said before, we encourage you to try them all and find the one that fits your coding style and needs the best. After that, you can find the ideal one and stick with it, until you find something that is better for you.

If you are already using any then please mention it as well. I hope you find this post useful. If you did then please share it on social media and let others know.